VLISP 8, the design of a LISP system on 8 bit micro-computers 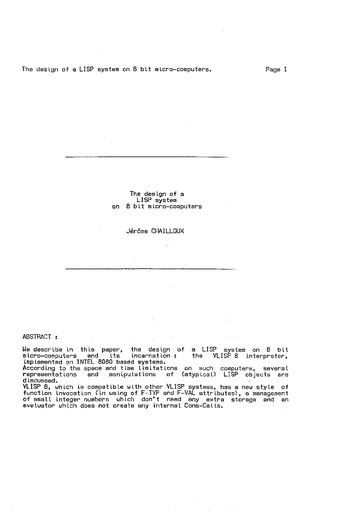 Abstract: We describe in this paper, the design of a LISP system on 8 bit micro-computers and its incarnation: the VLISP 8 interpreter, implemented on INTEL 8080 based systems.

According to the space and time limitations on such computers, several representations and manipulations of (atypical) LISP objects are discussed.

VLISP 8, which is compatible with other VLISP systems, has a new style of function invocation (using F-TYP and F-VAL attributes), a management of small integers numbers which don't need any extra storage and an evaluator which does not create any ConsCells.